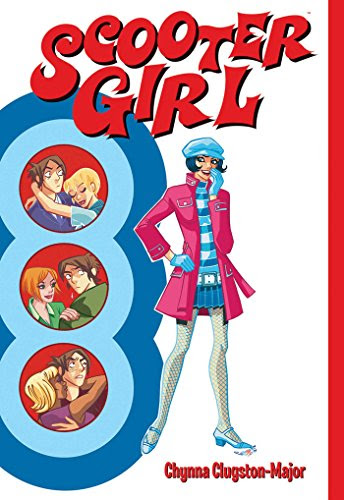 
Ashton Archer is a young man who seems to have everything. He's rich, cool, and can seemingly have any woman he chooses. That is until the ultra sexy Margaret Sheldon comes to town. Margaret has style, an ultra cool scooter, and is turning the head of all the guys in school.

When Ashton tries his same old moves on her, he makes an ass of himself and becomes the object of her hatred rather than inducing her to be another notch for his bedpost.

He can't understand why she doesn't "love him" like everyone else and why since she turned up his life has gone to hell. While he continues to pursue her, his friends, "girlfriends," and cool stature goes down the toilet. The final straw being when his dad informs him they've lost all their money.

Which eventually launches him on a mission to win her love, that to him means bedding her, which he sees as the first step to also regaining his previous stature. Yet really the lesson he learns is that how we treat others, especially those we care for, reflects on how we ourselves will be treated in return. Along with the idea that there is more to relationships than the physical, an idea that is completely alien to him.

When we first meet Archer, and through out most of the story, he's a pretty wretched person in a lot of respects. Yet Chynna does an amazing job of taking a character that 9 times out of 10 would be the villain, and making us care and root for him despite his bad behavior.

The art really shows her craftmanship, as you can see her manga influences in some of the characters body types, yet she's made it her own as well. With intensive attention to detail put into clothes, hair settings. She's able to bring the world of mod-scooter lovers to life in refreshingly lush detail.

I especially love how artfully she's placed word balloons and captions, so that as your eye moves over the page you absorb both words and pictures at once. There really is no separation of the two at all, which makes this comics in its purest form.

Her writing is sharp and real as well. There are no forced lines or eyerolling banter, as each character has unique voice that seems to flow naturally.

One of her incredible comedic strengths is how she is able to play with the absurd. She is able to take the story in a strange and potentially disturbing direction, then turn it back a hair breath before it goes too far. Keeping the sense of fun and mischief intact, which is a necessary feeling for the material she covers.

I'd only read Chynna's Blue Monday before, so wondered at her taking time off from it to do this separate series. Yet after reading this I'm glad she did, and hope she's able to take even more creative chances in the near future.
Posted by James Schee at 11:08 AM