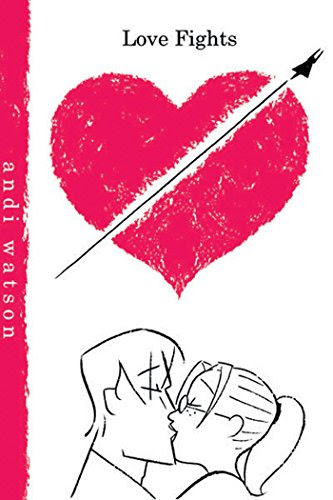 Jack and Nora are two fairly normal people, who live in a world filled with superheroes. Jack draws the publicity driven comic for one of the heroes, while Nora is a new reporter for a gossip magazine whose job is to get dirt on the various superheroes.

The two meet a couple of times while taking public transit, before working up the courage to ask each other out on a date where they seem to hit it off. The two do have problems though, Jack is jealous of the superheroes powers and abilities and worries that Nora has the hots for one as well.

While Nora's job brings a conflict from a story she writes, that damages the credibility of the superhero Jack's comic stars. Thereby putting his very job in jeopardy, and leading him to question even more her connections with these superheroes.

The idea of trying to have a relationship in a superhero populated world, is an interesting and familiar (though I can't place where) one. With Jack as a comic creator as well, the corporate politics and commentary on the way the character type should be portrayed are interesting to read. Making me wonder if perhaps Andy is using some of his own experience from his recent dealings with Marvel Comics.

Yet overall I just felt disconnected from the entire story and characters. Nothing about Jack or Nora seemed to really click for me, as I didn't see much reason for the two to get along so well other than the story says so.

I also have a love/hate relationship with the art. Andi is always changing and adapting his art with each new series. I've grown to like his sometime minimalist style, which is on display here to full effect at times.

Yet it seems a bit too much plain and simplistic here than was required, leaving me having to puzzle out exactly what I was looking at in places. I also disliked his use of scribbling over the character's faces to show off emotion. Rather than being artistically clever, I instead found it incredibly messy and distracting.

His imagination is still very strong though, such as when Jack is trying to think of what to ask Nora as an opening line when they first meet. Instead of just words, he uses symbols that clearly showed what Jack was thinking of asking in a clever way.

Perhaps I'm being a bit too harsh here, as the book isn't bad and is something I see myself reading the rest of when it is published. It just lacks the depth and sophistication that I've come to expect from Andi through works like Breakfast After Noon, Geisha and Dumped. I will look forward with relish to whatever project he has coming next, and hope the material will be something more in line with my interests.
Posted by James Schee at 6:56 PM

I also disliked his use of scribbling over the character's faces to show off emotion.interesting...what types of emotions? and how was he representing them?

He used what seems to be a marker, to scribble over the characters entire head. A light shade to show embarassement and a darker shade for anger.

You could still see the lines underneath, but the marker lines were very ragged and looked scribbled on.

I think it would have looked better to just have had the facial expressions as drawn. Because they gave me a better sense of the emotion he was portraying, while the marker stuff just looked messy.

Interesting--I can't recall if I've ever come across something as specific as that--but over at the Emaki forums (in this thread) we're compiling a list of symbolic conventions used in cartooning/comics--and Watson's usages seem to deviate slightly from some that I've seen in some manga and cartoons. Thanks!