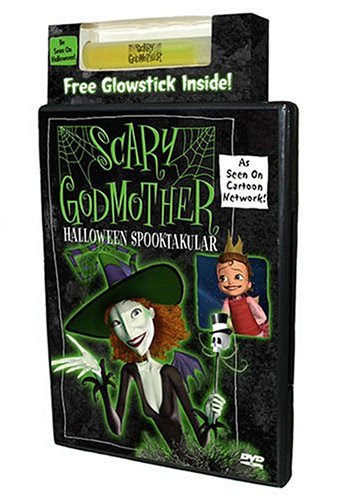 My local Wal-Mart store screwed up and put this movie, based on the first Scary Godmother Comic, out a day early. I'm really looking forward to seeing how the material makes the transition, and figuring out exactly what a glowstick is.

I'll then pass it on to my 7 year old niece, who has a birthday coming up in the next month.

While looking through Tokyopop's site I see

About a young girl who acts as a loan shark in school, whose rich grandmother puts a stipulation in her will before her death, that in order to inherit she must not charge interest on loans and must marry an honest man.

This could be a fun little series, hopefully Tokyopop will have some preview pages up before it release in December.

Lack on interest in the product, by all but a core audience of fans? Huge power struggle between the haves and have nots? Strife between corporate suits and the people who actually make the product? Contemplation of a smaller amount of product, for hopes of bigger gains on said product?

No this isn't the 90s direct market/Marvel Comics market bust, but the tales of the financial struggles of the NHL. Which has some strange similarities in places.
Posted by James Schee at 8:25 PM